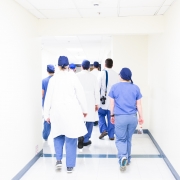 If the last few months have underlined anything, it is that there is never a quiet day in healthcare. Yet, despite the ramifications of the current pandemic, the show must go on and there’s much happening in the sector that warrants discussion, deliberation and debate. That is why we are excited to be part of this year’s NHS Providers Conference.

This year’s theme is ‘reflect and recover’, exploring the challenges of confronting the coronavirus pandemic and the impact it has had on the healthcare sector. Indeed, it is a conference that arguably couldn’t have come at a more appropriate time given the rising number of cases, launching of the track and trace app and ongoing debates around restrictions, testing and impact on other elements of public health.

The event, taking place from 6-8 October is virtual only but that has in no way dampened its scope. In fact, this year, we’ll be hearing from one of the most high profile figures in the UK health sector in 2020 – the Rt Hon health secretary Matt Hancock who is giving a keynote address on day three. But he is just one of many outstanding speakers and panellists we’re looking forward to hearing from.

The opening address will be provided by Chris Hopson, chief executive, NHS Providers who will offer reflections on the NHS response, NHS trusts’ achievements and learnings from the pandemic to date with a look ahead to the challenges winter may bring. Other high profile speakers include; Sir Simon Stevens, chief executive, NHS England and Improvement who will discuss how we can learn from the pandemic and look ahead to the key challenges and opportunities facing the NHS in the months and years to come, and Amanda Pritchard, COO, NHS England and NHS Improvement, who will look at how best trusts can move forward as the NHS recovers from the first wave of coronavirus cases and gets ready for winter.

There are some great sessions too, particularly Saffron Cordery, who is going to be speaking on what a new era of digital leadership means for the provider sector and Prerana Issar, chief people officer, NHS Improvement who is giving a one-to-one interview. The panel on ‘exploring provider collaboration within the ‘system by default’ operating model’, which involves Miriam Deakin, Director of Policy and Strategy, NHS Providers and Matt Neligan, Director of Primary Care and System Transformation, NHS England and NHS Improvement, amongst others, is also penned in our calendar.

All the sessions are outstanding. Which is why we decided to be an exhibitor at this event. If you are attending, you’ll be able to find us at our virtual stand via the dedicated event app where our expert team will be on hand to help or advise on your queries, quandaries or questions.

You can find more about our services here but, in the meantime, we hope you can join us at the event or follow what’s happening on social by using @NHSProviders or #NHSP20. 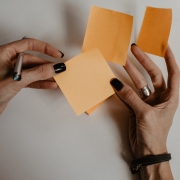 The Phase 3 letter at the end of July issued a clear direction of travel in relation to the management of elective waiting lists at system level.  It placed an emphasis on ensuring equality of access for patients and an effective use of resources across the system footprint. This was further backed up in the following weeks with the confirmation that both activity baselines and funding envelopes would be determined and awarded on a system level.

Whilst some systems were beginning to explore how system level waiting lists would be developed practically ahead of the pandemic, the detail surrounding how to achieve this was probably best considered as emerging.  Now systems face the challenge of delivering the requirement at pace along with some of the most ambitious recovery planning that they are likely to have ever undertaken.

The challenges to developing and embedding the requirements can be set into three broad categories: technological, operational processes and oversight & success criteria.  Beyond this are a number of more existential issues with what the policy position implies, particularly regarding how to identify and utilise genuine excess capacity and how to manage messaging to, and expectations of, patients regarding moving between different providers.

The task of merging the waiting lists of distinct providers is potentially the most straightforward of the challenges if the right technological solution is implemented but certainly the factor which will cause most damage to a system’s efforts if the reverse is true. There are different options available which range from provider Trusts sharing the same incidence of a PAS/EPR to implementing a third-party tool which aggregates the various data and provides a ‘virtual’ merged PTL.  In reality, there are few systems which have to date wanted or needed to ensure a common platform between providers and therefore it is likely that some method of extracting and combining waiting list data will be required.

Inevitably different systems will employ different approaches, and this is not necessarily a bad thing provided that there are consistent standards and deliverables across the different methods.  First amongst these clearly is that the approach is safe; the potential for groups of or individual patients to be overlooked, inappropriately deprioritised, or simply lost is very real. Unfortunately, this risk has been realised consistently when providers alter their own system architecture even at a single site level and with comparatively generous timescales and pressures than we see now.  Similarly important is that the approach is practically manageable; duplication or double entry and multiple versions of the same data will signal the rapid end for engagement with the process.

At Acumentice, we have previously led the implementation of a digital patient management system (Qubit Health) at Imperial Healthcare NHS Trust which offers a PAS agnostic aggregation of PTLs.  This approach has been extremely successful in creating efficiencies in managing several PTLs across this large and complex organisation.  Recognising the current need, we have been working with our associates at Qubit Health on further enhancing this system to support, among its various features, the aggregation and management of a shared PTL across a system.

Alongside the job of getting all the information in one place is the project of developing a set of standard operating procedures which allow a diverse set of teams to continue the myriad tasks associated with managing it.  Booking and scheduling of patients takes on a very different flavour when it is done at system level and at a significant extra level of complexity if we assume that it remains a task carried out by local teams at each site.  Whilst centralising booking and scheduling at system level would be an option, the reality is that this will unlikely be a route taken in the short term.

As well as ensuring the process supports teams working on a single PTL collaboratively, systems will need to fix and communicate any changes to scheduling priorities from the outset to ensure a consistent approach is taken.  Where a technological solution does not provide an immediately updated waiting list position, the success of the logistics and communication of booking progress will be pivotal.  Many areas will have experience of outsourcing to the independent sector and associated memories of complex and time-consuming administration; clearly, a bad outcome would be any system that replicated some of these intricacies on a bigger scale.  Fortunately, outsourcing has played a big part in the previous phases of the NHS response to COVID-19 and the opportunities for smoothing out processes which will form part of this, as well as the continued use of the independent sector, have been plentiful.

In the absence of the headline measure of performance being applied in a meaningful way, success for elective care in the next few months will be solely determined by the activity targets set out by the phase 3 letter.  Many of the indirect measures that organisations have previously used as part of a sensible suite of success indicators will still be relevant, if in need of a mild reimagining.  Efficiency and maximising use of capacity is naturally going to be important, however some of the existing assumptions as to what is achievable will need remodelling to reflect the entire system’s capacity.

A reduction in the overall system PTL size, and the corresponding reduction in long waiting cohorts, would also be considered good outcomes, however this would need to form part of a compound measure which also protected against pockets of inequity developing in certain services or certain parts of the system.  Importantly, as assessments are made by clinicians in each system, what is considered inequitable and what is considered an unfortunate but otherwise relatively safe consequence of the circumstances remains to be seen.

Ultimately, facilitating individual Trusts’ access to additional capacity and wider support across the system is a welcome step.  Assuming the capacity itself can be released, a successful implementation of a system level waiting list will increase the likelihood that priority patients will be seen more quickly and serve to reduce risk.  It also comes at a time when it provides a further incentive to system leadership teams to build on their collaborative working and to capitalise on the positive moves in that direction that this year has brought about. 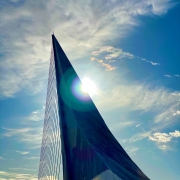 Pioneer in championing women in the workplace and technology, WeAreTechWomen has today published an article featuring our managing director, Karina Malhotra, as this week’s inspirational woman in tech.

This Q&A highlights why making a positive difference to the healthcare sector has been a long passion of Karina’s, why she founded Acumentice and some top tips for any budding entrepreneur.

Get in touch, we’d love to hear from you.